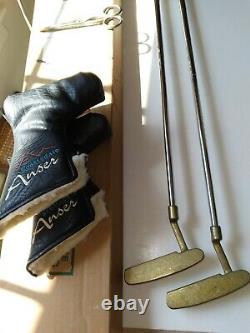 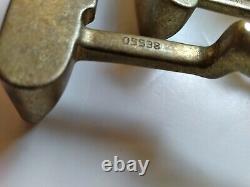 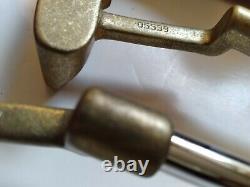 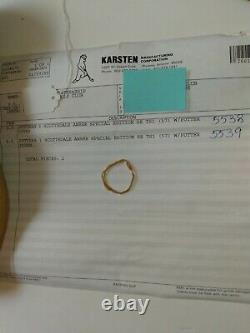 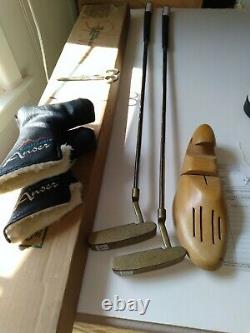 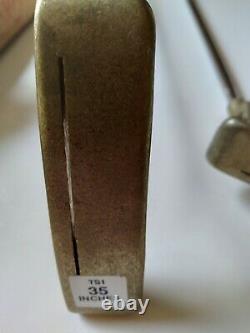 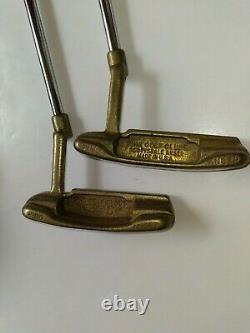 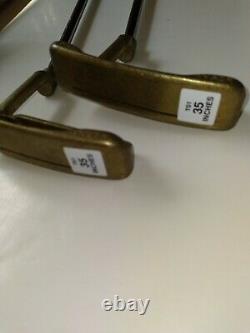 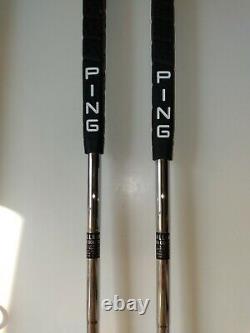 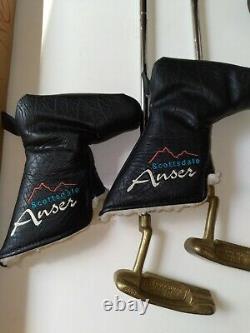 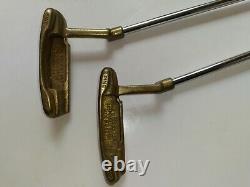 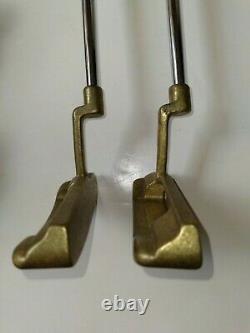 This is going to take a minute. I took a PING-sponsored trip to Phoenix on their dime. As one who had'bought into' their club-fitting system, they invited such'retailers' to their factory. As I recall, it was three days touring their facilities, playing golf, getting pumped up to go home and be a better PING salesperson.

Besides the hotels and meals and transportation and education, they sent each participant (other club pros like me) a new putter or two. I received that box in February of 1995, marked it "PING" in large red marker, and never opened it until today, 2 Oct 21. The photos you see are of everything inside.

The two identical putters, with sequential serial numbers, 05538 and 05539, same as on the original packing slip. Two identical putter covers embroidered with "Scottsdale Anser" against a mountainous outline. The aforementioned packing slip with the addresses and names redacted for the photos. They are NOT in fact redacted with ink. If you're into Ping, this is your time capsule.

Why didn't I open them? Didn't need to I guess. I called Ping a few months ago to inquire as to what model(s) might be in the box.

They didn't know, but someone there who had been around since at least 1995 and had known Karsten said that for club-fitting parting-gifts for guys like me, these might have been whatever then-late-model he was proud of. In this case, it turns out they're identical replicas manufactured in Phoenix in honor of the famous original Anser which was originally manufactured in Scottsdale. I toyed with the idea of auctioning this box unopened yet described much as I have here without the model details, but because I had no idea what was in the box, well, here we are. Ask any questions you may have.